And some more pictures I found in my camera... Some Kill Team! One evening we played some Kill Team, I brought out an elite warband of Chosen and faced off against Salamanders and Blood Angels with the new Kill Team Rules. I really like those scenarios!

I think the pictures got a bit messed up in order when uploading... These are two games against the plasma heavy Salamanders anyhow. 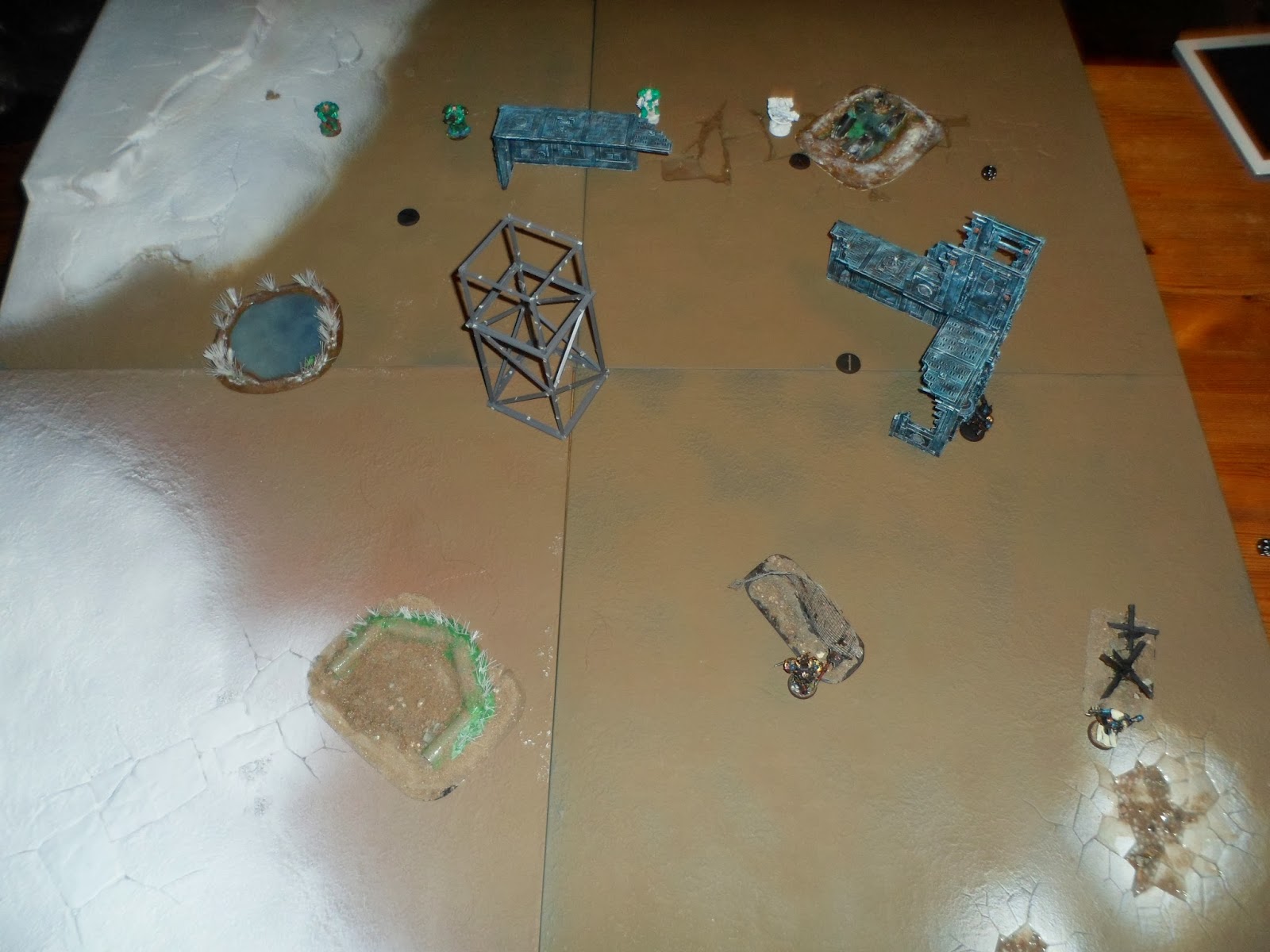 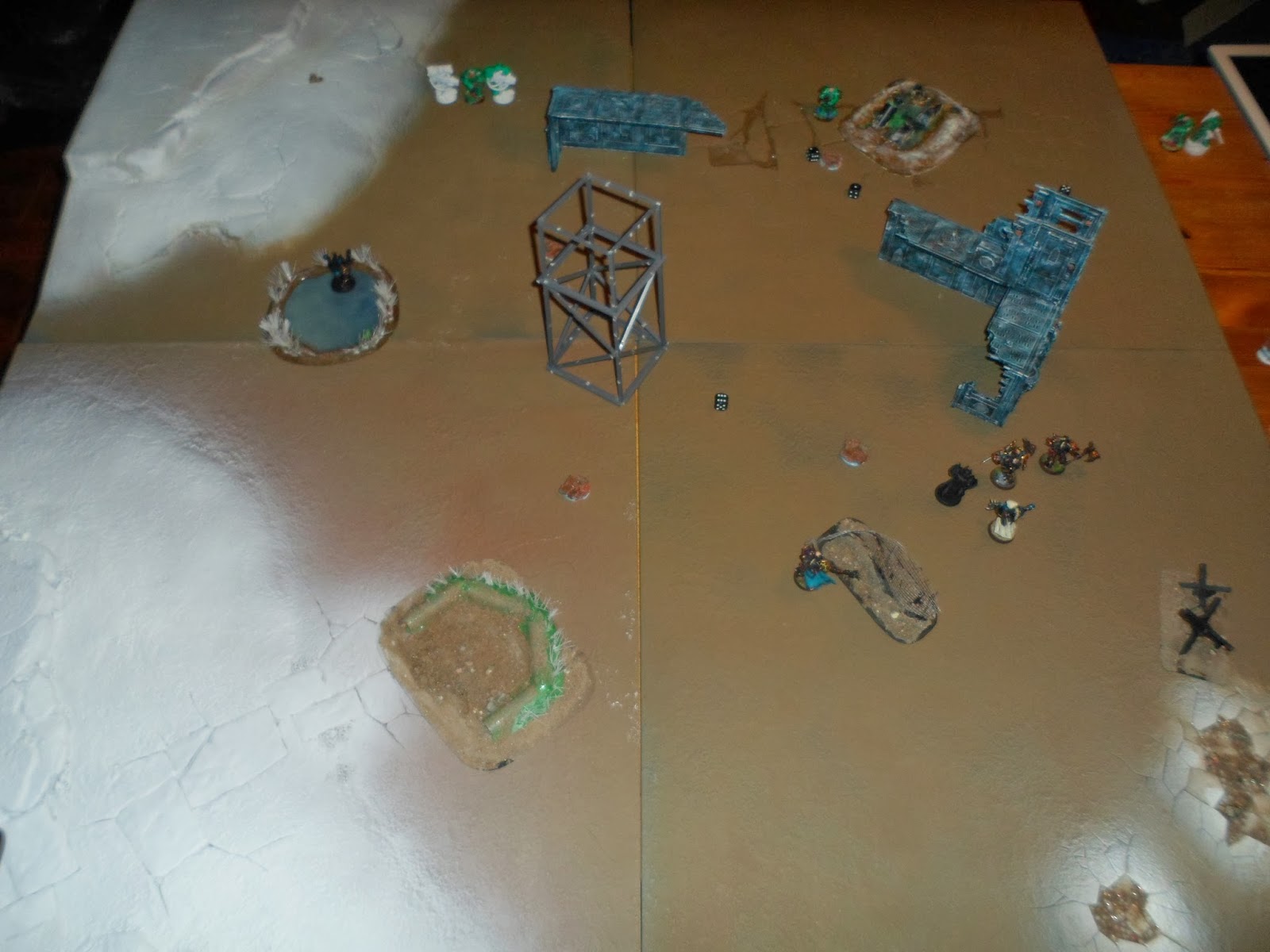 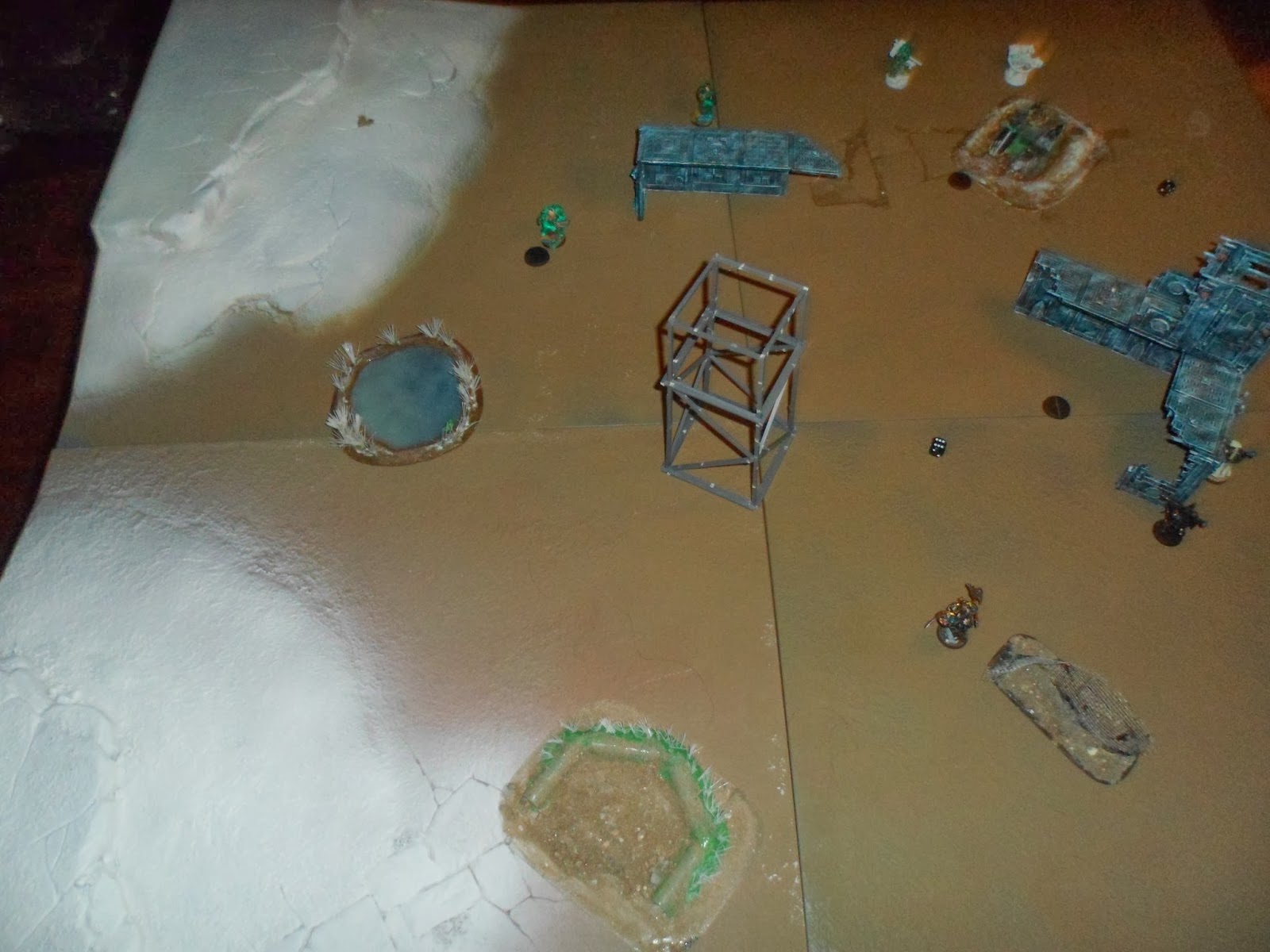 It was a really brutal game where shooting was king. I had a really hard time to stand up to those Plasma guns, so the Salamanders were victorious.

Game 2 against the Salamanders: 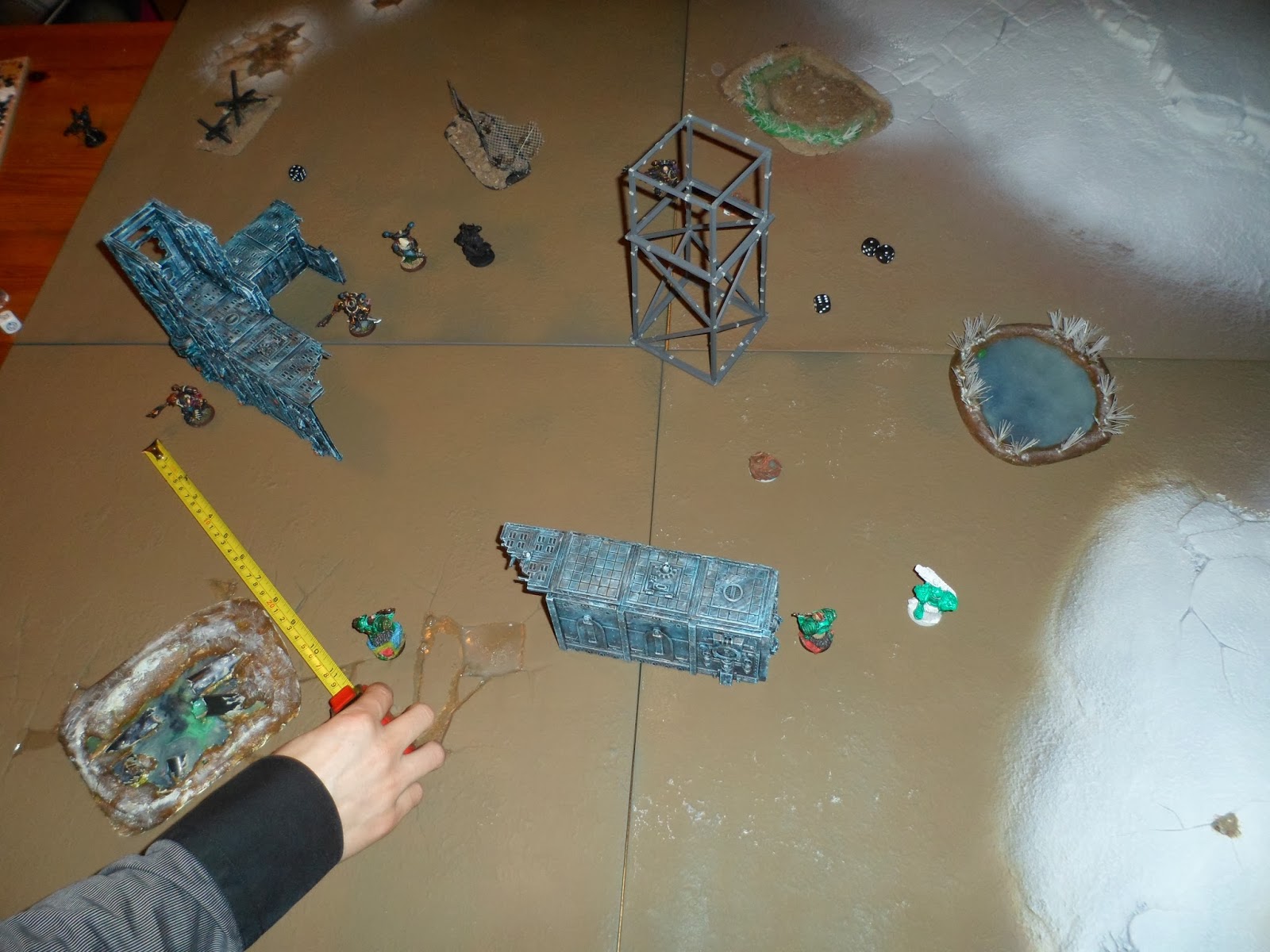 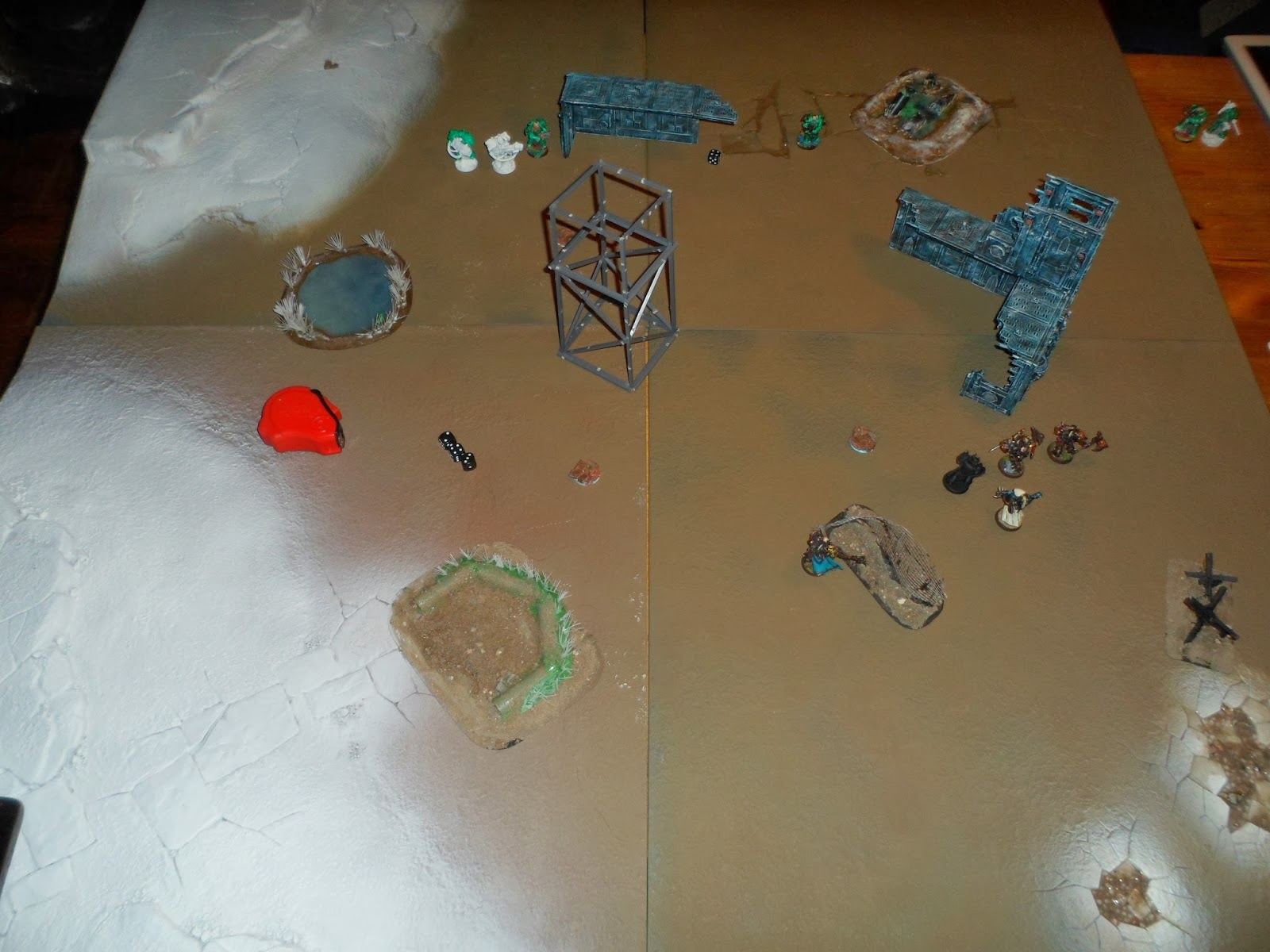 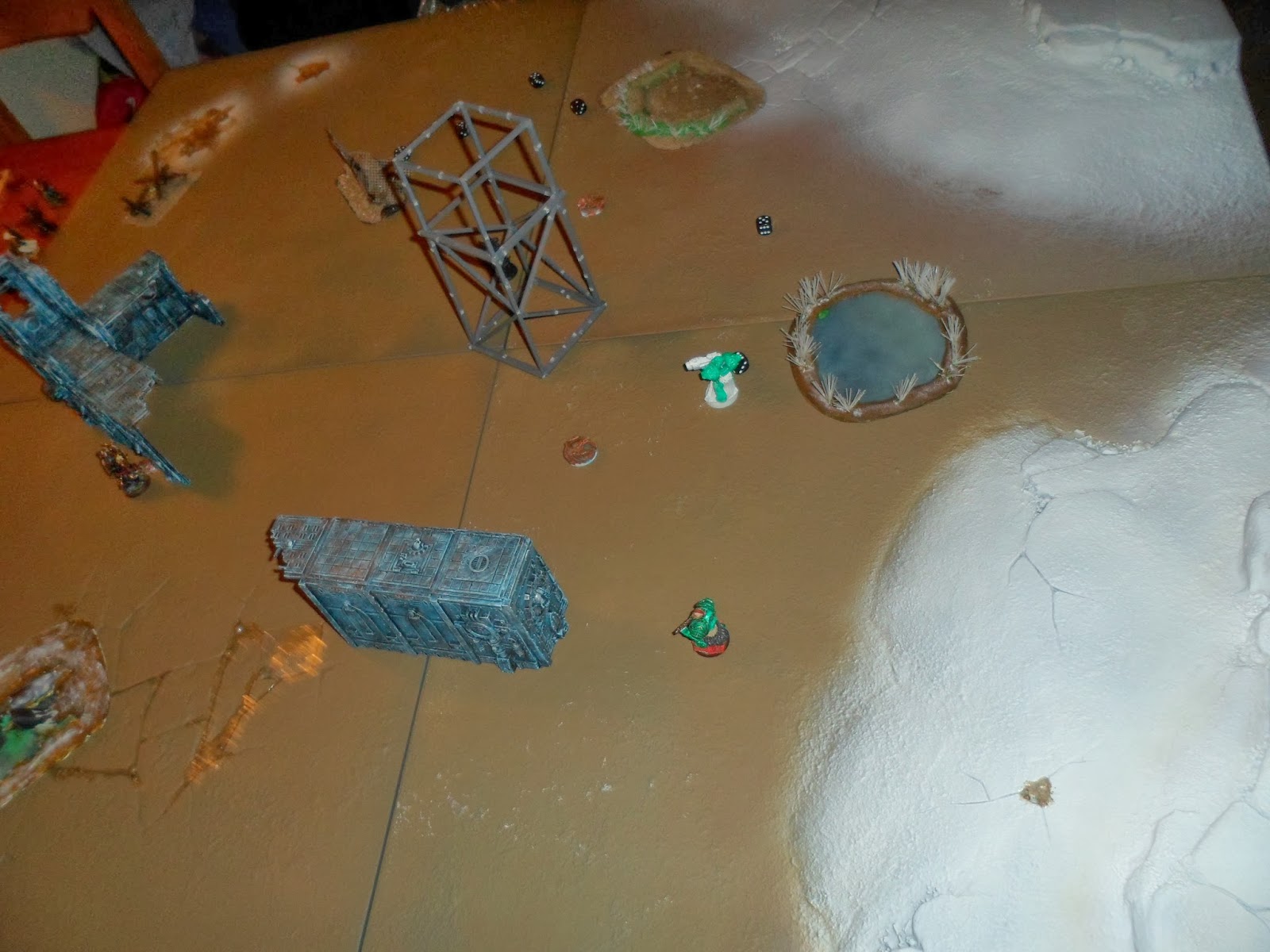 Game 2 I was a lot more cautious, trying to use the terrain a lot more, knowing how much it hurt to have models removed each turn. That combined with some luck (twin-linked plasma guns failing to hit/wound) saw me victorious in game 2! 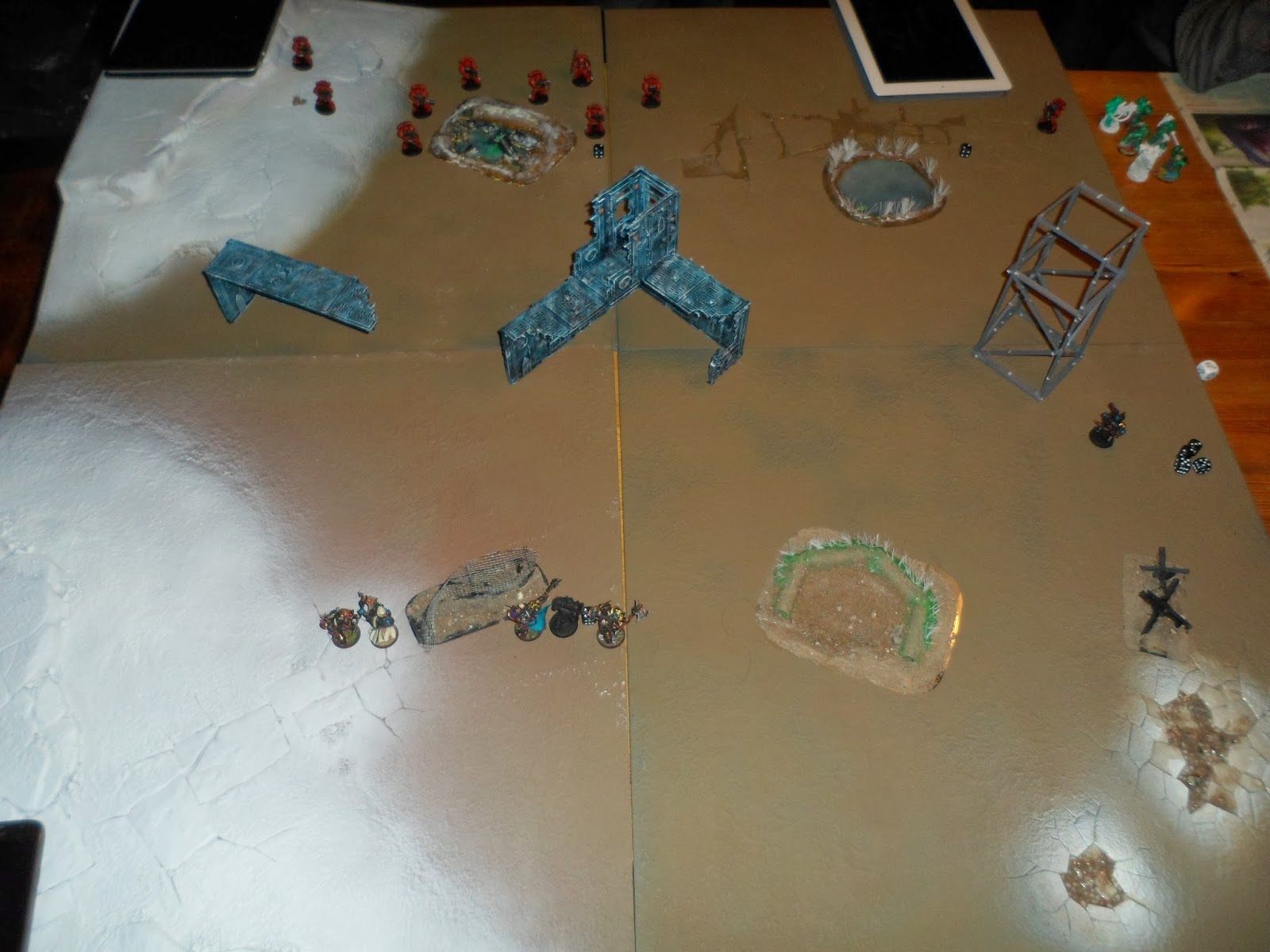 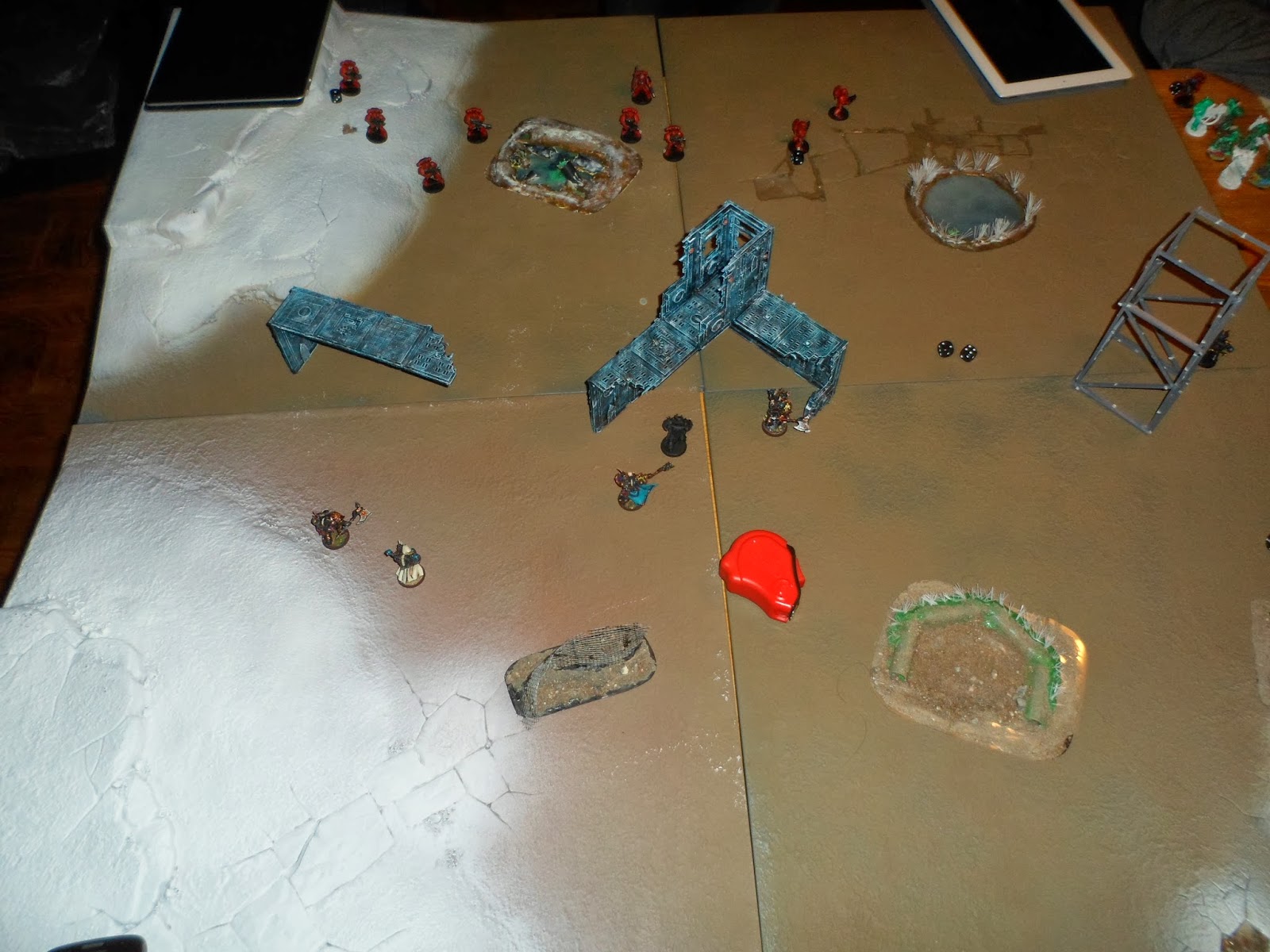 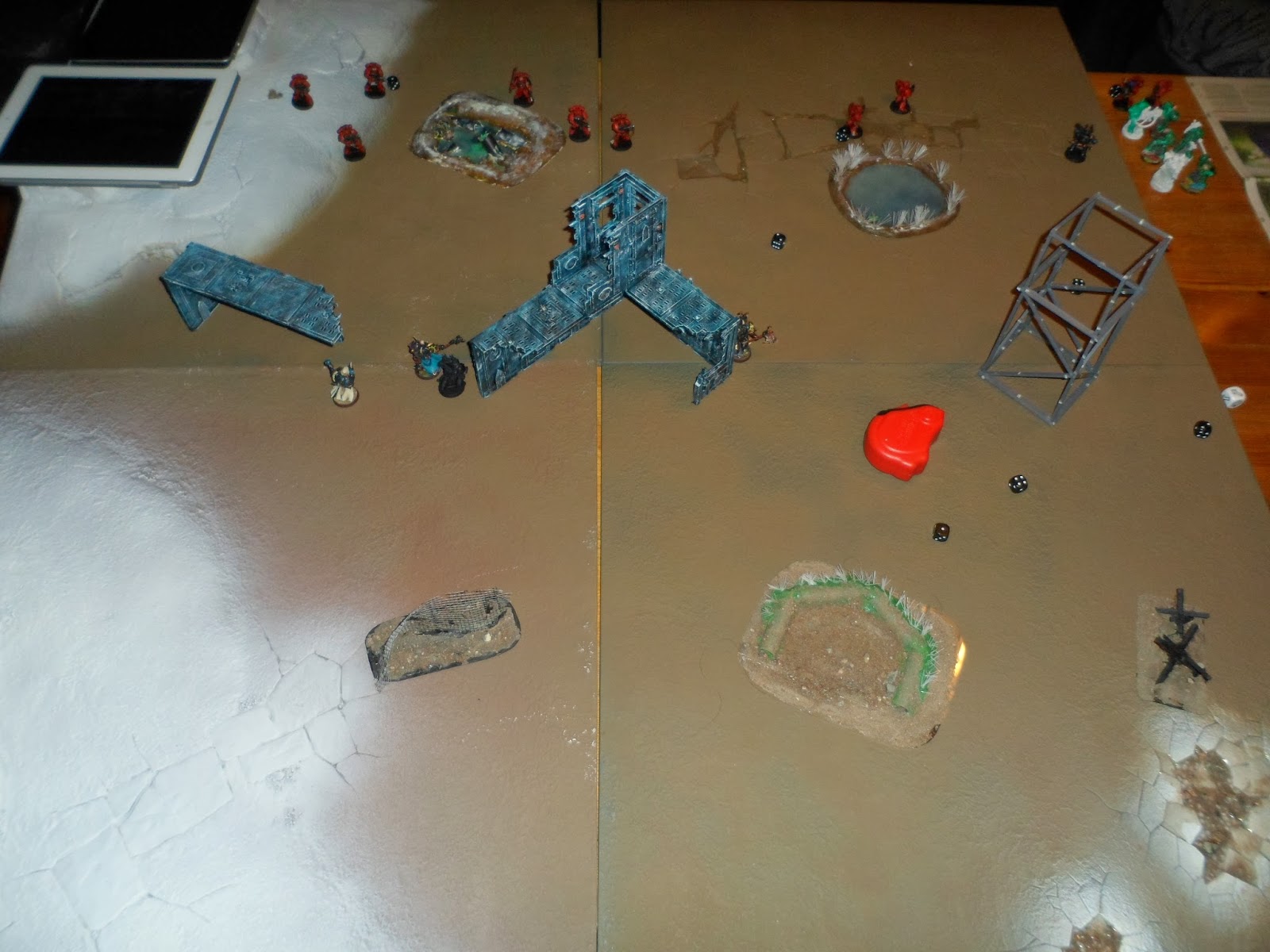 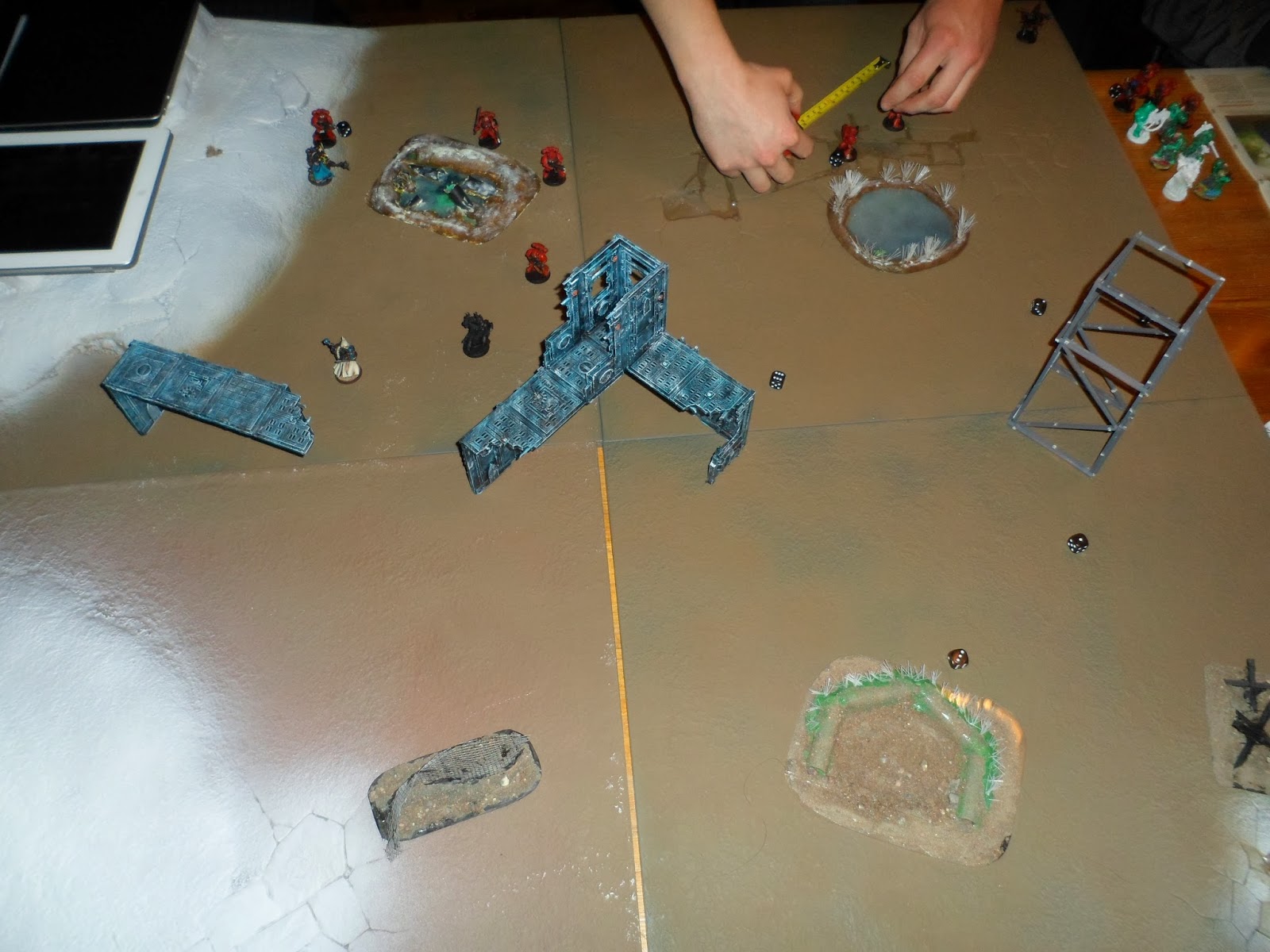 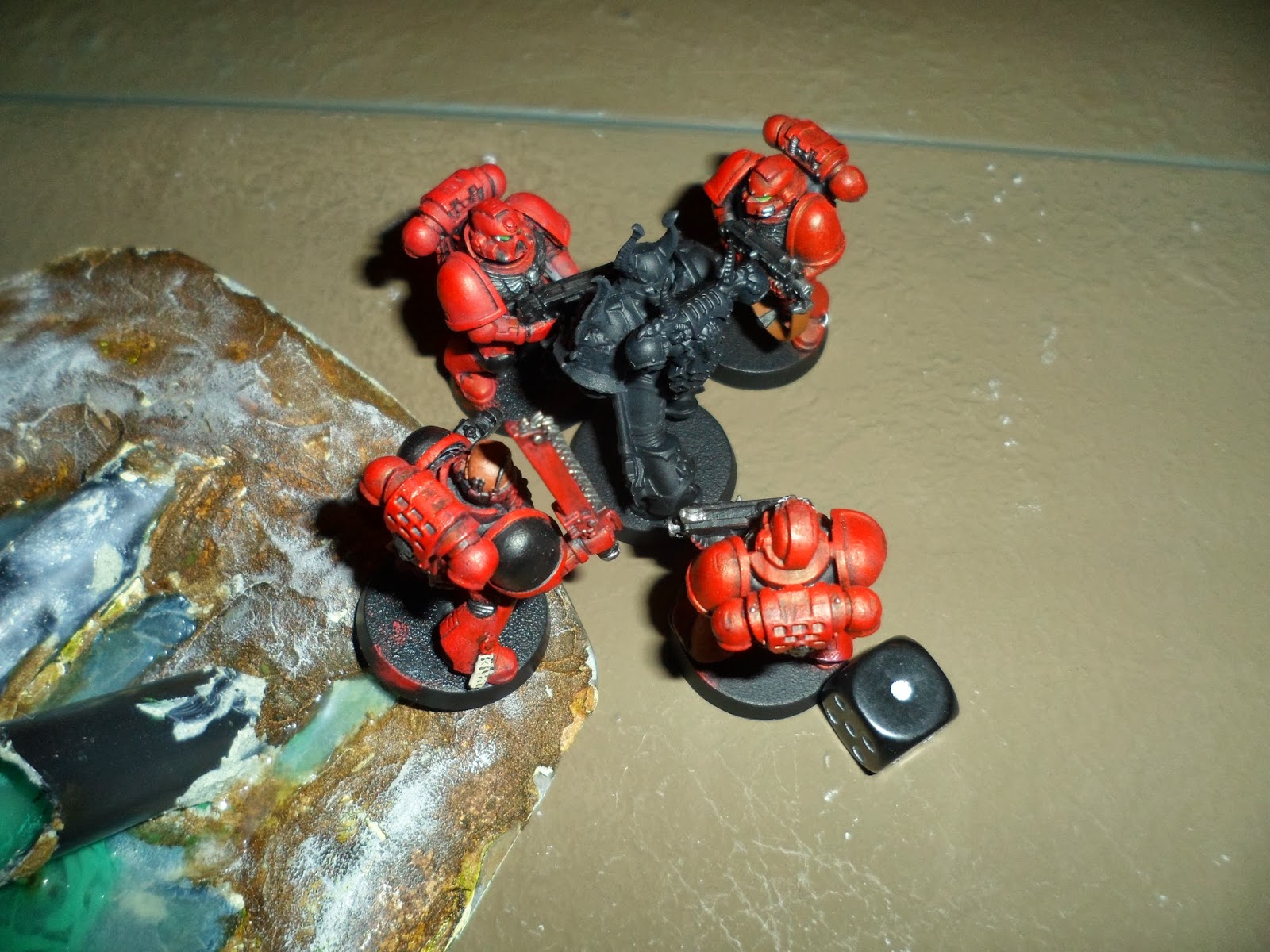 This was a pretty cool scenario where I had to try to get off the board with my troops while the Blood Angels got victory points for killing enough of my units. Basically, had I got a single model off the board I would've won. And I would've managed that if I had rolled 4 or more on a run move after surviving a ridiculous amount of shots for one turn... I rolled a 3 and as you can see above was caught in assault with my lone survivor. Alas!


On a completely different note I recently bought a table big enough to play on. This I celebrated by inviting some friends to play a mini-tournament of four players. A couple of pictures from those games: 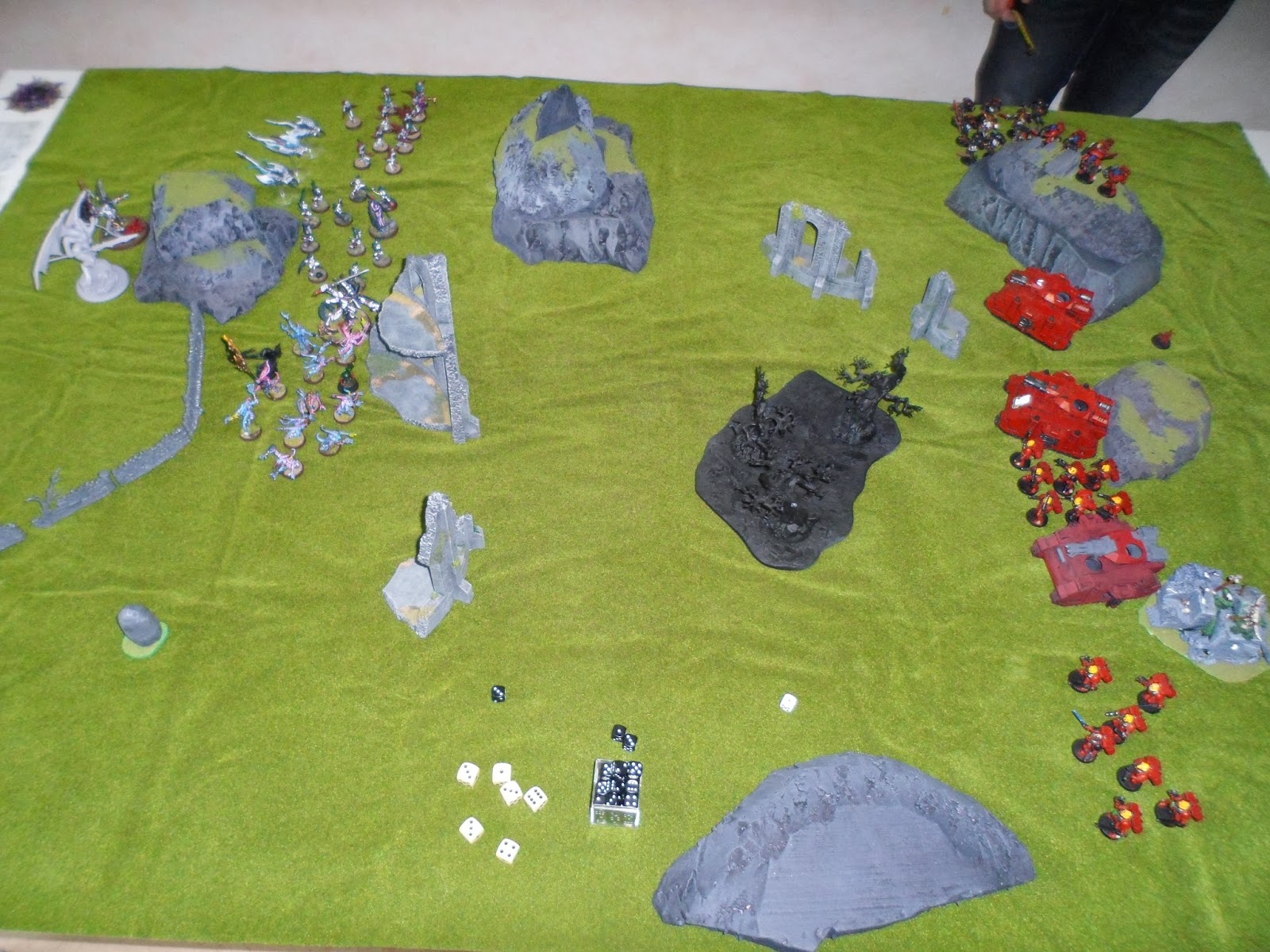 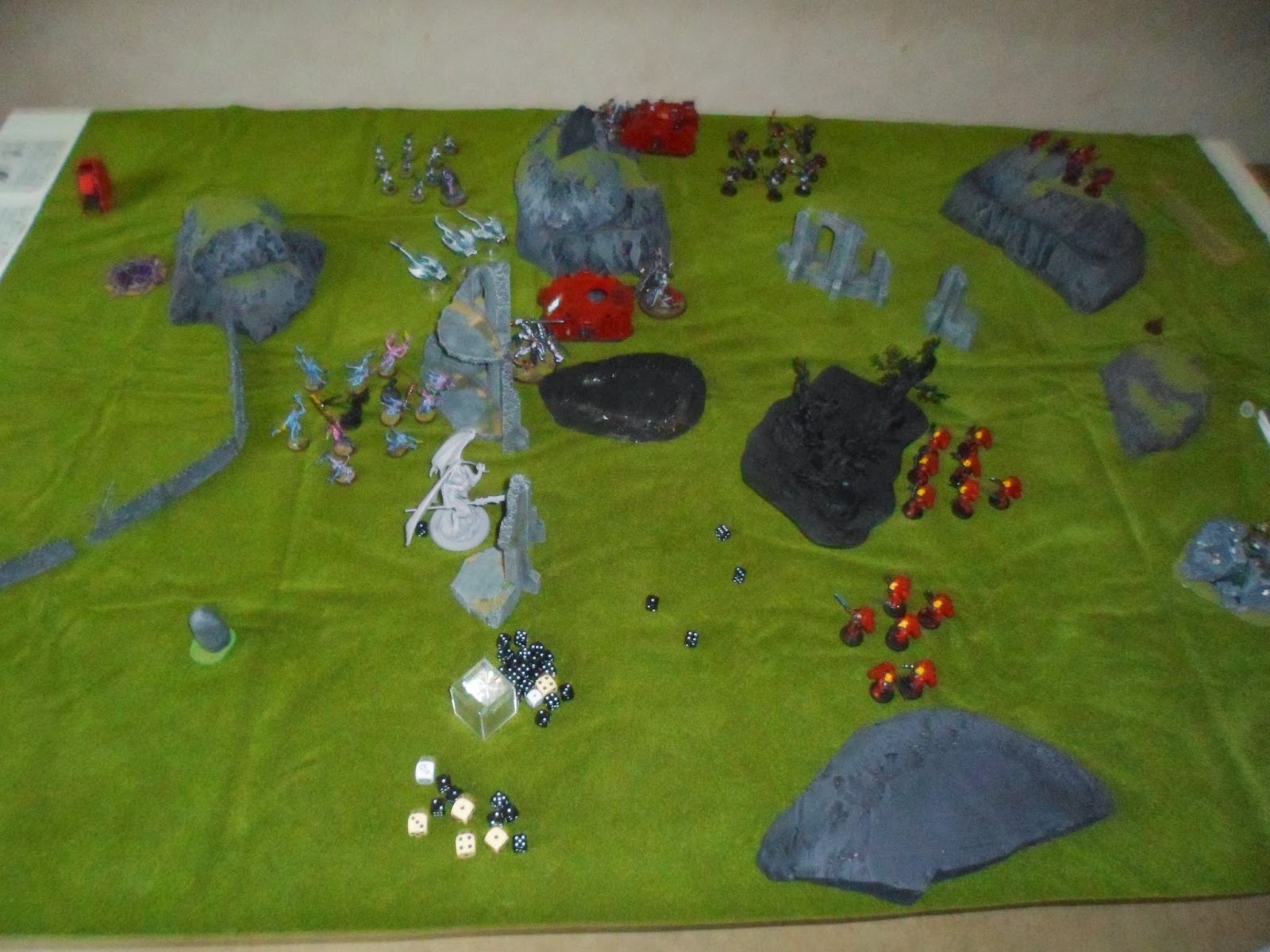 After this I forgot pictures... but my semi-flying circus wrecked the Blood Angels pretty bad. It was all topped off with Terrifying his large unit of Death Company, assaulting them and killing Dante in a challenge with a Daemon Prince... and well, good luck running away from I9. Heh.

On the other board we saw Iron Hands (with two Land Raiders!) face off against Eldar.

And in my second game, the winner's game I faced off against Eldar. Pretty shooty list with lots of Warwalkers, Guardians and Weapon Platforms, all made Fearless by the Avatar. 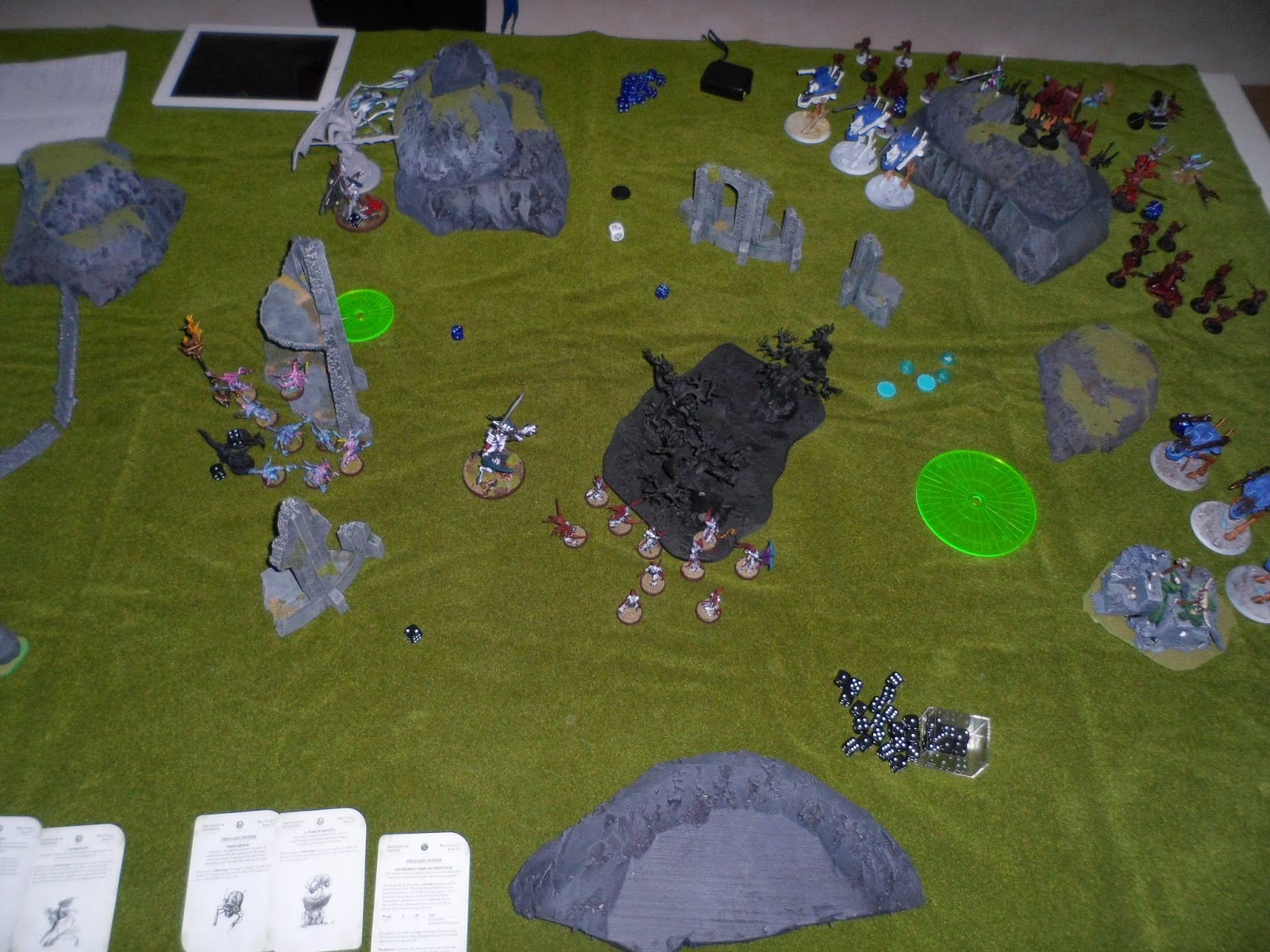 I had some bad rolls at crucial moments, was grounded in every turn (but managed to survive pretty well), Screamers failing to kill warwalkers (getting killed in the process...) etc. And my reserves were delayed to turn 4... I really should learn not to put stuff in reserve against Eldar. You really need those stuff on the board when you're up against the space elves. I was pretty much killed piece by piece and didn't have much say in this game.