Playday for the Escalation league! Still at 500p. For various reasons I ended up playing Orks again, and later Blood Angels and Eldar faced up.

For my game, we played Emperor's Will, and the Screamers were king this game. They basically killed the Boys by themselves, and Warbikers failed a charge against my Plaguebearers so was instead charged back and killed off. My Keeper was killed on Overwatch twice (I got the reward that made him come back with 1W)... and thus gave up both first and second blood...

In the end he only had his Warboss left however, and my Plaguebearers held their objective firmly. I won by 3-2! 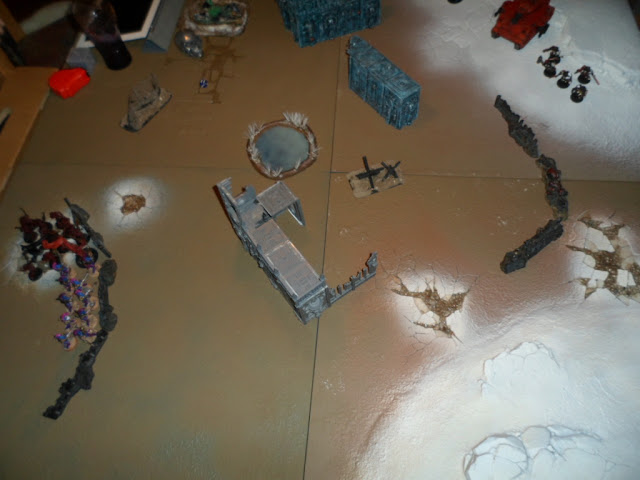 Second game was a real game of rock, paper, scissors with Purge the Alien as scenario. Both sides had hardcounters to the other army which made the game really fragile. The Eldar had Guardians with a Warlock, Dire Avengers and the Avatar while the Blood Angels fielded a Librarian in Terminator Armour, a Baal Predator and 5 Death Company. Three turns of them basically avoiding each other finally ended when the Librarian didn't run enough to get in cover and the Avatar ran up to snipe him with a Melta-shot for combined First Blood and Slay Warlord. The Death Company then failed their charge and the rest was mopped up by the Eldar. 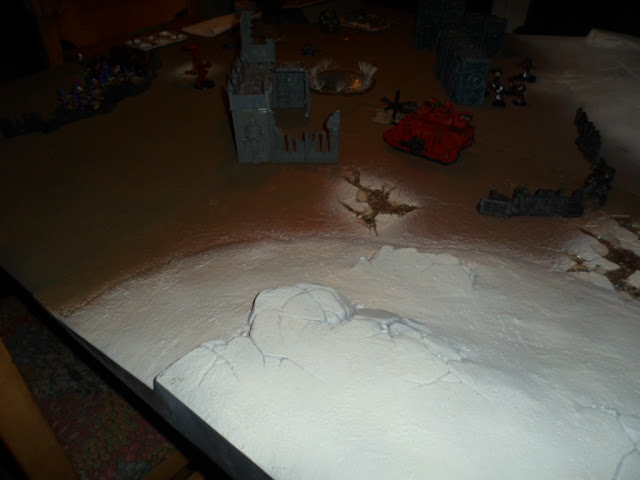 So this puts the current leaderboard at this: (note, I've not changed positions) 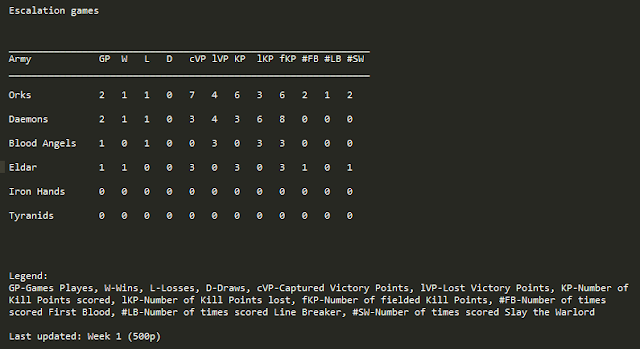