Tomorrow I'll be playing in a small 4 player tournament all day (3 games planned). But since I don't play to win I've made myself a challenge... I'll be playing Khorne! Now last two games I kind of have done so quite successfully - but I made this list before those games. Funniliy this list kind of mixes my two last games. To be honest I don't really believe this list will work that well - especially compared to my last CSM Khorne-list. The big difference to that one was it had quite a few fast components that would be scary and get up in the opponents face early allowing the rest to come close enough to charge. In this list I kind of have that too - but one of those units are Deep striking Bloodletters which I might not even get in first turn.

So anyway, this list is made with only assault in mind. I have 5 bikers with 24" range, but that's the longest range in the army. And as it's not that fast I will probably run in to problems at time by being outrunned or outgunned. I however have no doubt that if any of my units reaches close combat it will kill anything pretty much. Monstrous Creatures will be a close call though, but we'll see.

And that leads me to my opponents; Iron Hands, Imperial Guard and Tyranids. I fully expect to lose vs IG, because the amount of pie plates they can put out combined with fliers... I have nothing to combat that. Especially not if he's going Leafblowers. That will be really hard! The other two will be very dependant on dice I believe, but should be possible to win at least! All though I think I did scare the Iron Hands-player the other day with my assaults so wouldn't be surprised to see two Vindicators showing up on that end either...

Now, with this army there's not much tactical finesse really... chose the targets and assault! The Bikers will have to try and take out the largest nastiest thing they can find before they're blasted off. Other than that I know pretty well what kind of match ups I will be looking for when deploying. But even so it'll be important to stay together to deliver a strong punch and chop the opponent up piecemeal.


Some odd choices, I know. The Herald of Khorne is only there to stand in front and make saves for the unit. The Blessing was just added because I had 5 points to spare - but it suits his role as well in case there are some psykers there he'll soak up those wounds as well. And as for Skulltaker... I've only used him once, and then he ended up locked in combat with an Assault Terminator Sergeant all game and did absolutely nothing. This is his chance to redeem himself!

The Rhino might not necessarily contain the Berzerkers... I might hold it back empty and hiding, and then rush it up across the field to get it's Dirge Caster in place before an important charge.

This will also be the first time that I use the CSM Daemon Prince... that will be really interesting to see how it turns out! After playing a Bloodthirster two days ago I know things will die once he makes it into contact... but the Daemon Prince isn't quite as resistant as the Bloodthirster with a worse invulsave, less T and no Eternal Warrior. So I'm really not sure he'll even make it into combat. With some luck my Gift of Mutation will grant him something to keep him alive though! As he doesn't really need more offensive power...


And just because it's fun, let's have a look at the line up as well shall we? Sadly I didn't manage to fully paint it in time though... 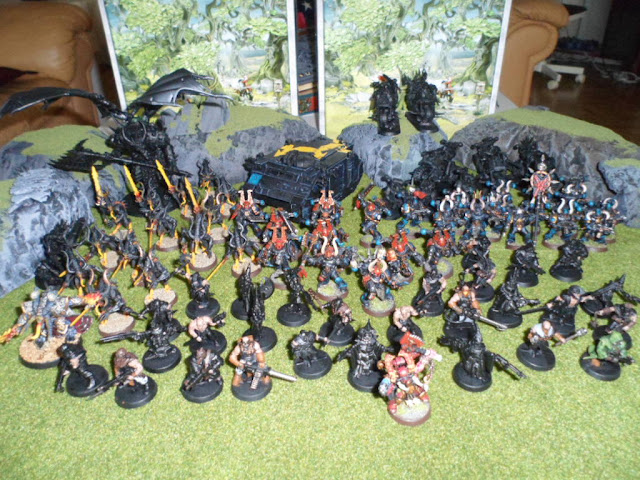 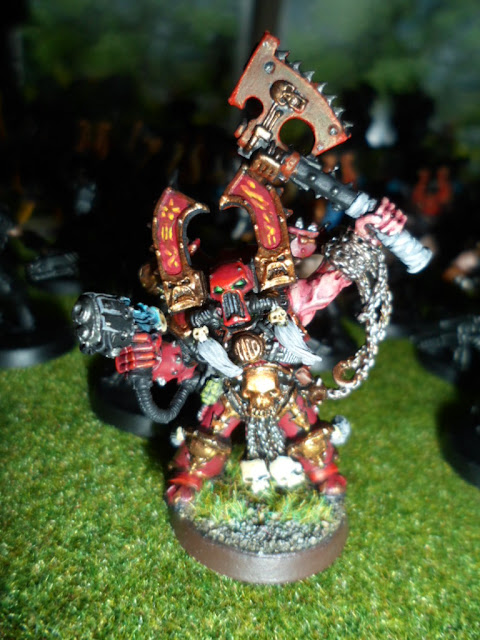