All right, due to life being busy I missed making this summary for week 6, so here's a very short recap of both week 6 and 7. A lot happened these weeks actually, starting with week 6 the Blood Angels attacked the Black Legion HQ triggering a 2500p vs 1500p battle. I was prepared with a really nasty Summoning Army for defence though and managed to fight them to a tie, effectively meaning a win for me due to the campaign rules and the defenders advantage. Oh, and my army also bought Dropships. Meanwhile the Orks and Sisters of Battle had another fight right outside the Sisters HQ, both sides took huge losses in this fight, but the Orks emerged victorious once again. The Space Wolves fled from the advancing Eldar.

Won't type full battle reports, not post the full lists. But here's my battle against the Blood Angels in pictures: 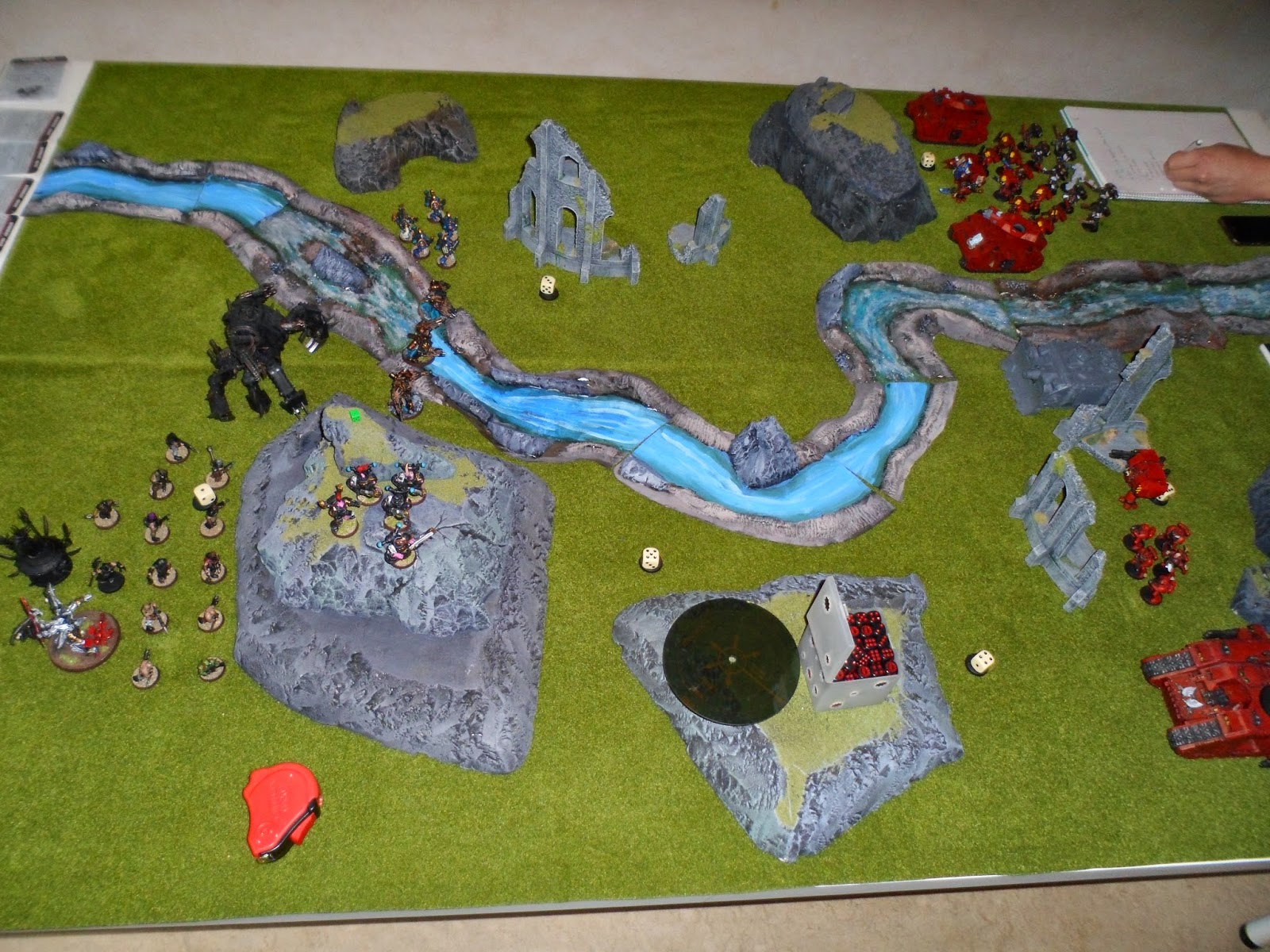 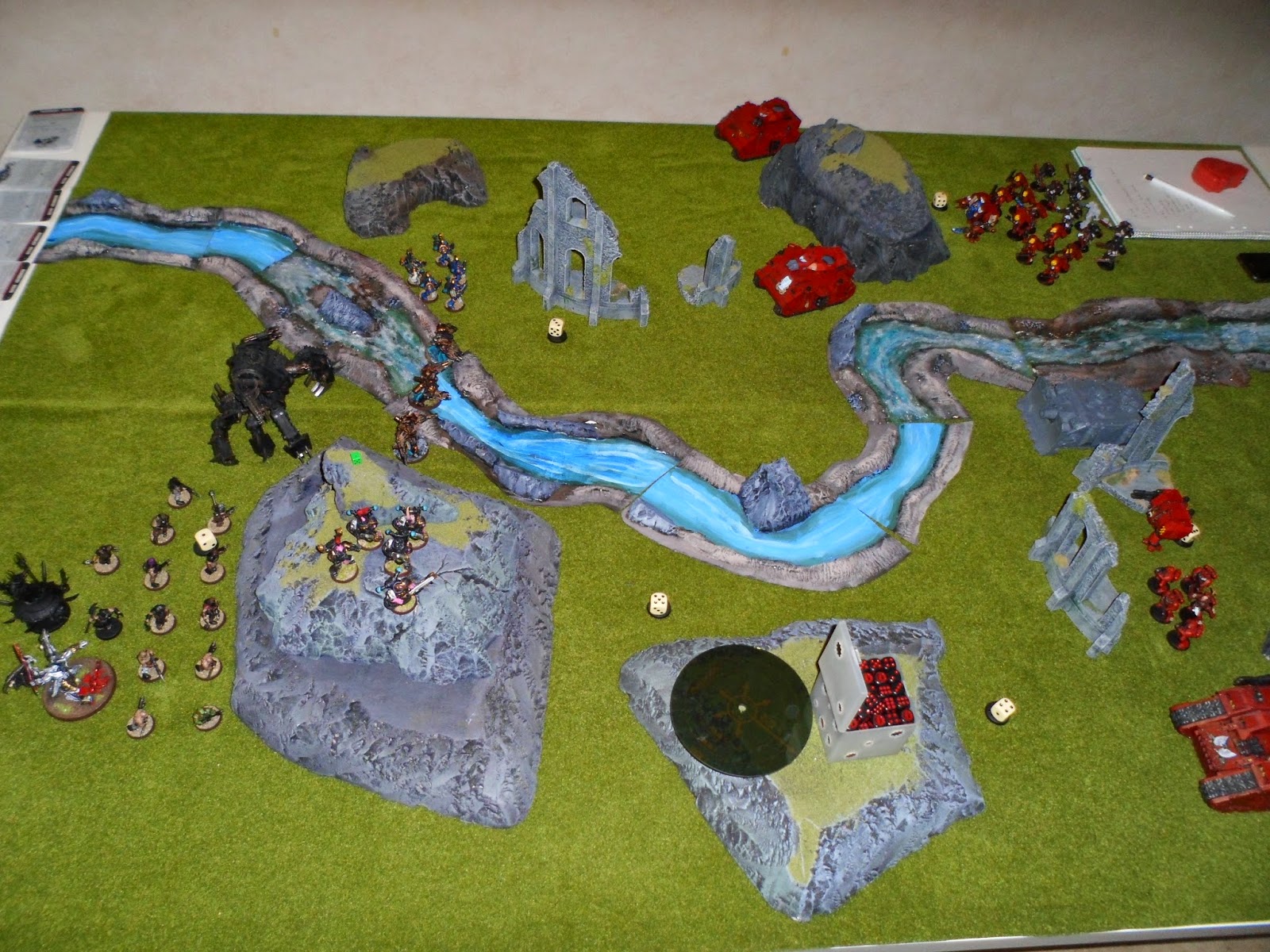 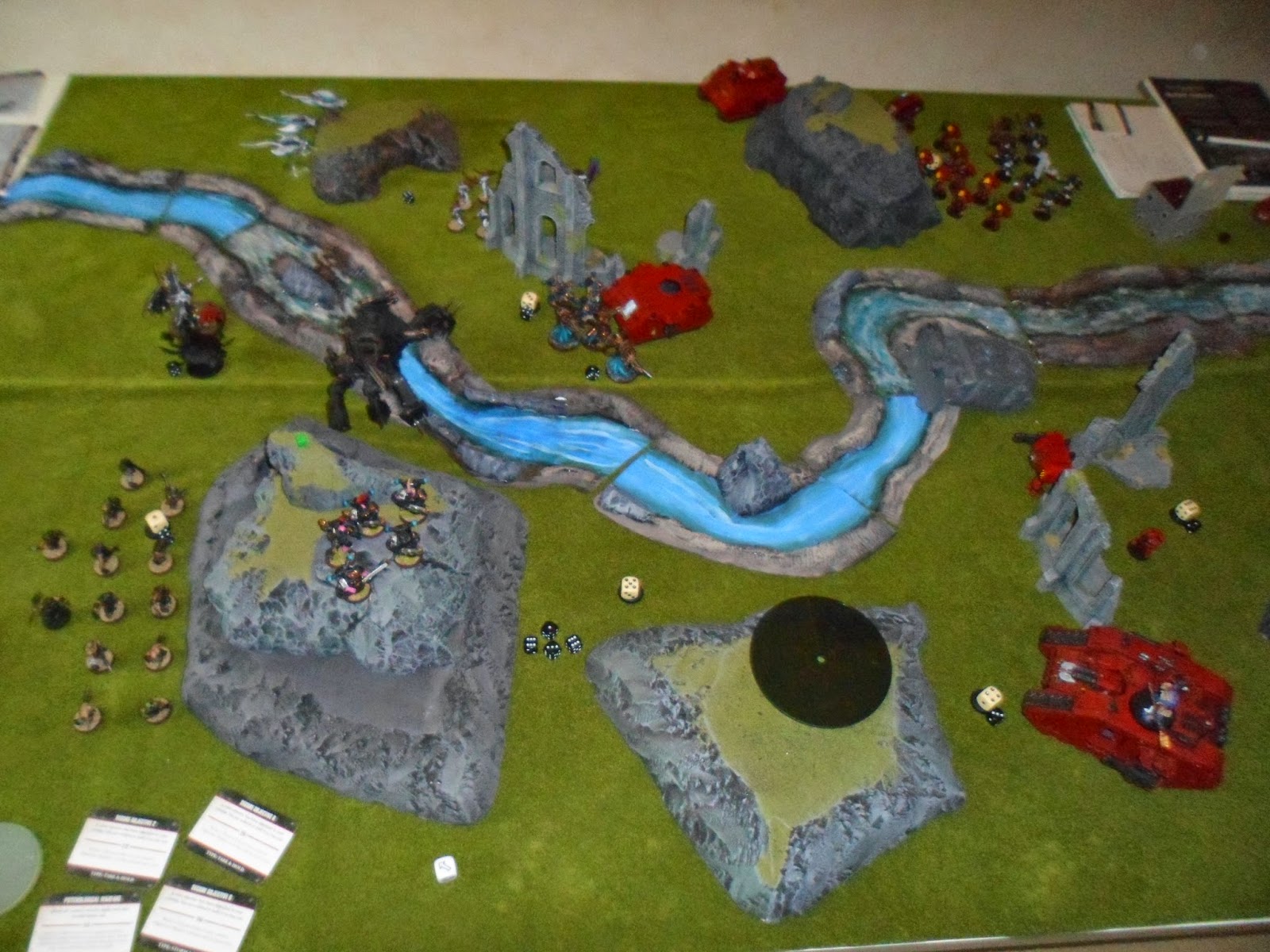 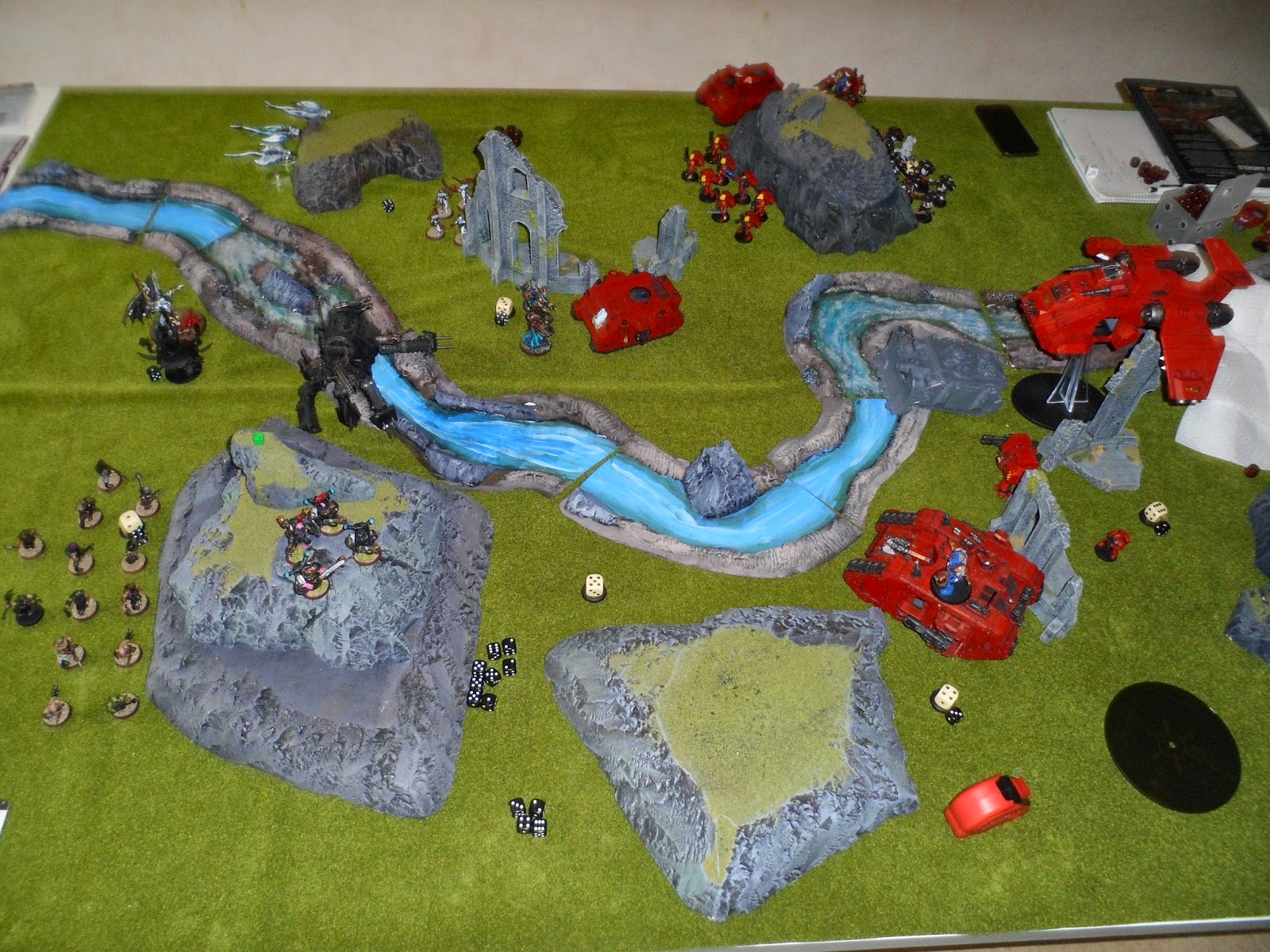 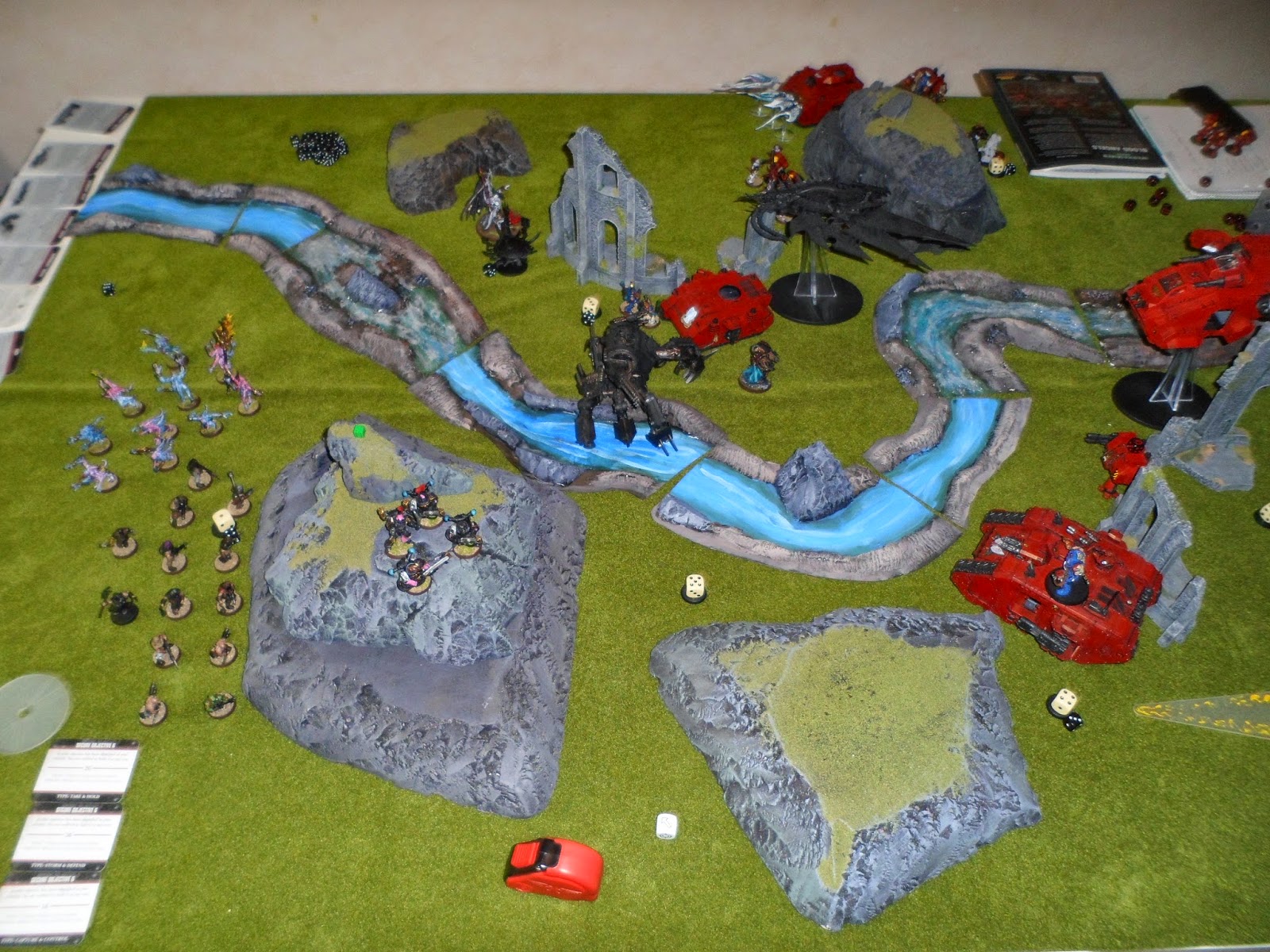 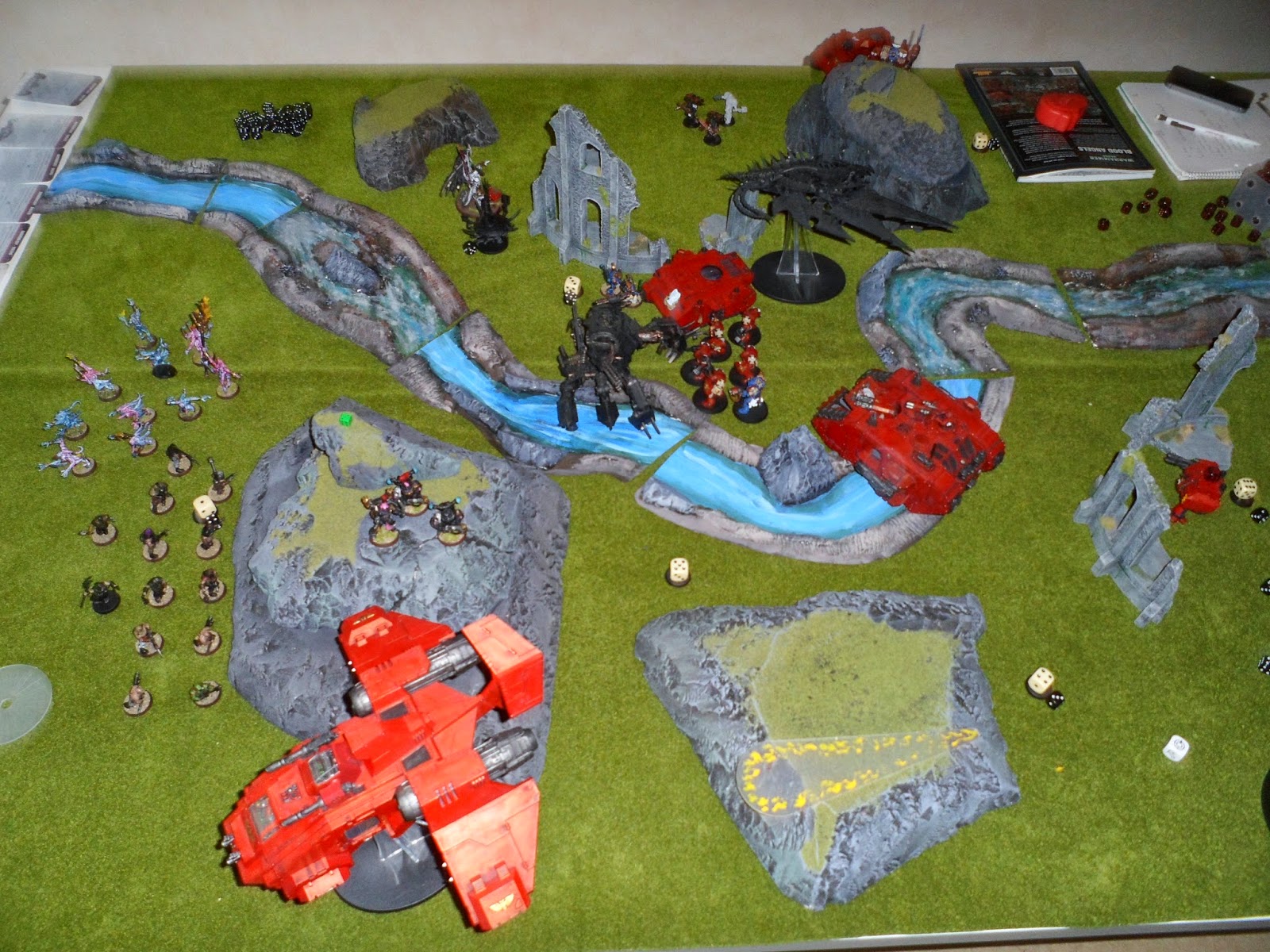 And thus here is the conclusion for week 6: Retribution from Chaos! Time to drop them back! Blod Angels wisely moves back to defend their HQ. Meanwhile Orks hungry for more blood attack the Sisters last HQ possibly eliminating them from the Campaign. The Eldar multiply their armies, and the Spaces Wolves decides to drop out unfortunately. 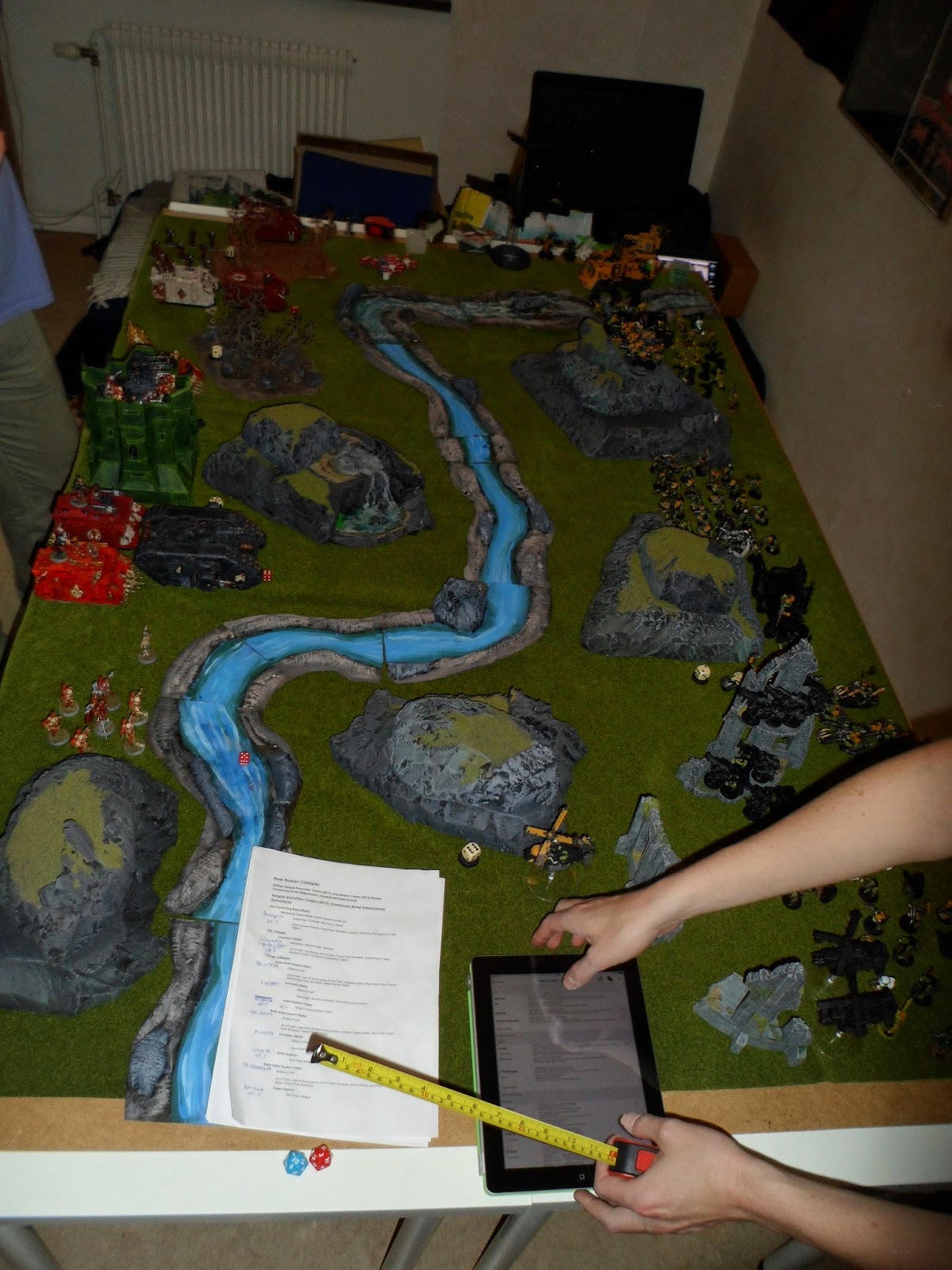 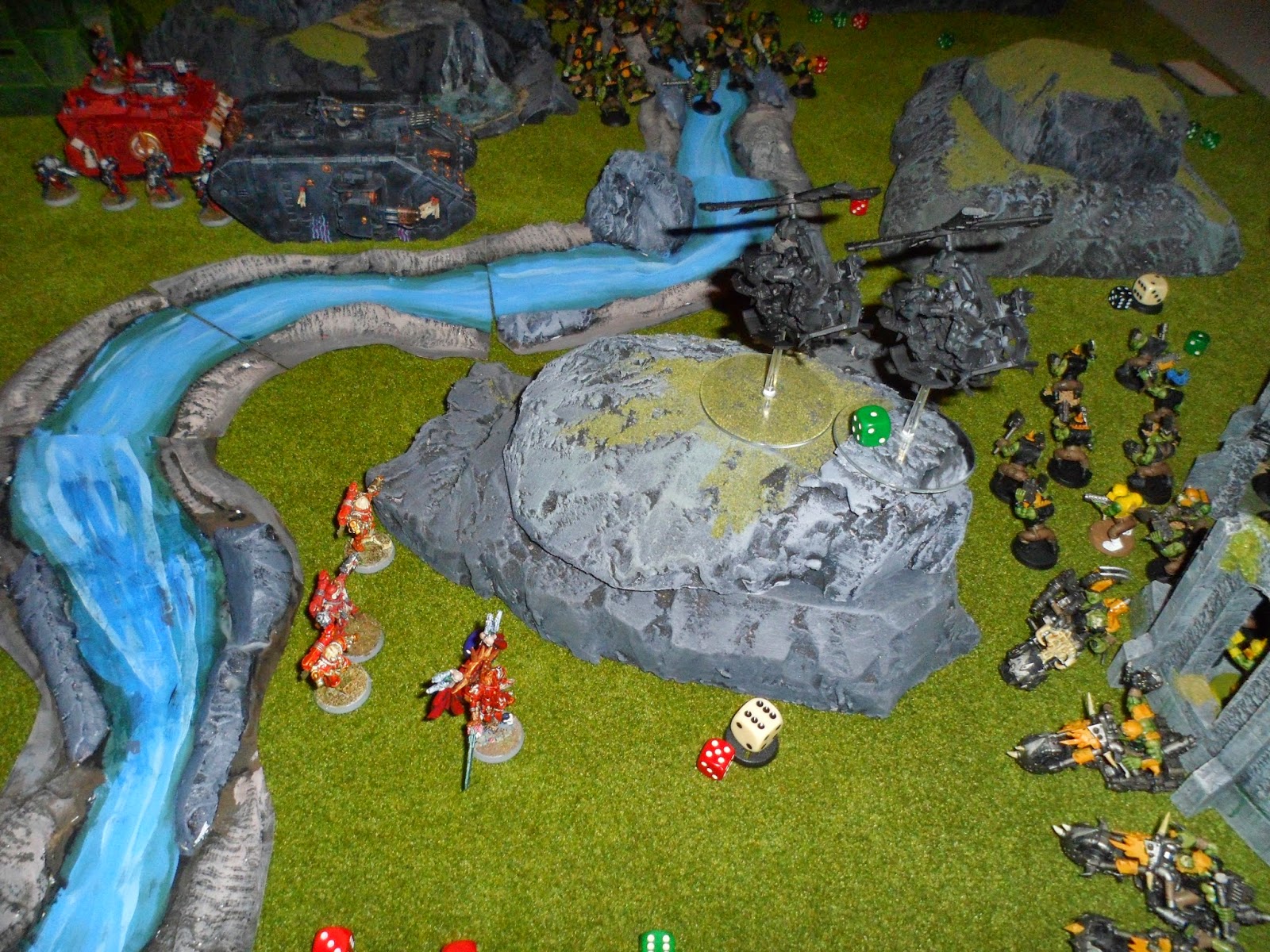 So eventually the Orks took a pretty solid victory, and the after battle results shows the Ork victory was even more solid. They barely lost 500p, which is less than the previous battle where they started with a much greater advantage. Dice are funny sometimes.

So that leaves us with this map by the end of week 7!