Been busy converting up some Cultists this past week! Thought I'd show some pictures because I'm quite happy with the result.

So I kind of have a story-line for my Cultists theme in the army. Basically it's a Chaos cult that has infested a planet and then as the Chaos Marines have arrived the planetary defence force has also succumbed as well. This means I have a rag-tag team of Cultists... but with various military equipment that has been looted from the armouries. But  also some former Guardsmen that have retained some of their discipline and still fights as a unit.

Now I actually have a game with a list based around these guys planned tomorrow... let's see how that turns out...

They're basically made from Cadian Shocktroops, Catachan Command Squad, Empire Flagellants and various Chaos-bits from my bitsbox... Lets take a closer look at some of the guys.


And well, while I have the camera out, why not show my latest painting projects? First is my cult-leader. Basically he's the Champion of one of my groups but it's too nice of a model to just be a Champion so he'll double for a Dark Apostle when I need one.


And then are some Ork Kommandos... lovely models!


And lastly is a gift I painted up for a friend. Great fun painting camo! 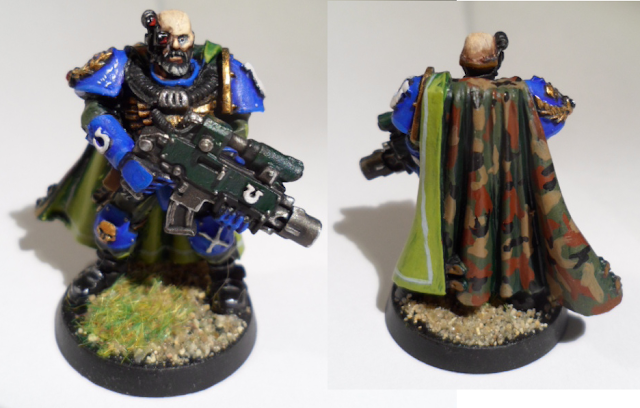